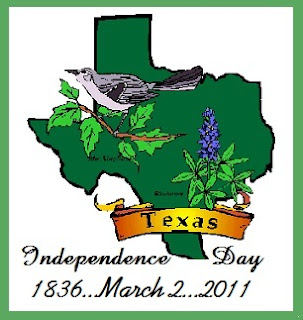 Texas Independence Day!
On March 2, 1836, Texas declared it's independence from Mexico and became
The Republic of Texas. 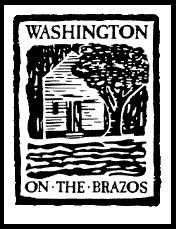 Fifty-four delegates of the Convention of 1836 began meeting on March 1 at the village of Washington-on-the-Brazos, located today between present-day Houston and Austin. Each of the settlements of Texas were represented by delegates elected one month earlier. The convention elected Richard Ellis president of the convention, and Herbert S. Kimble secretary.
Texas Declaration of Independence

Here are a Few Texas Posts
Collectin and Livin In Texas is Great...Just Ask Any Texan
Texas Map Reader...Texas Spanglish and Mexican Food
Posted by Sue McPeak at 3/01/2011

wow you are ready for March..love the photos...

love it! your are a day early or maybe it's only the beginning. I will have my post up tomorrow! Love those pictures! Is there a Texan that don't have on just like that hehe. LOVE IT

Once a Texan Always a Texan!

I love Texas because I love YOU!

You are such an informative Texan! I really like this post a lot. You have to proud of what you are and where you come from! Nice post Sue