X is for Xanth and the Third Letter of TeXas 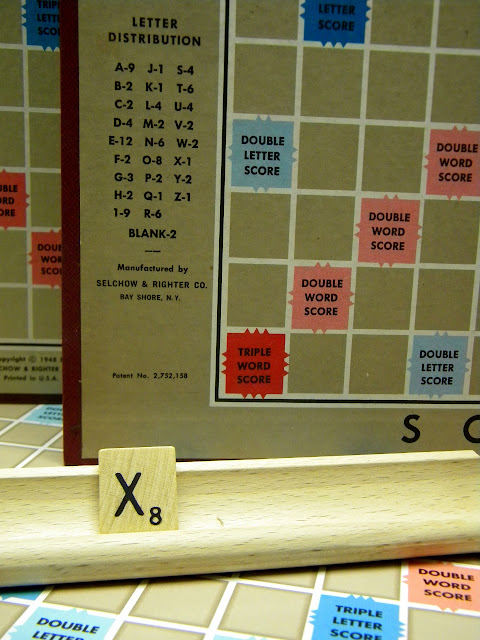 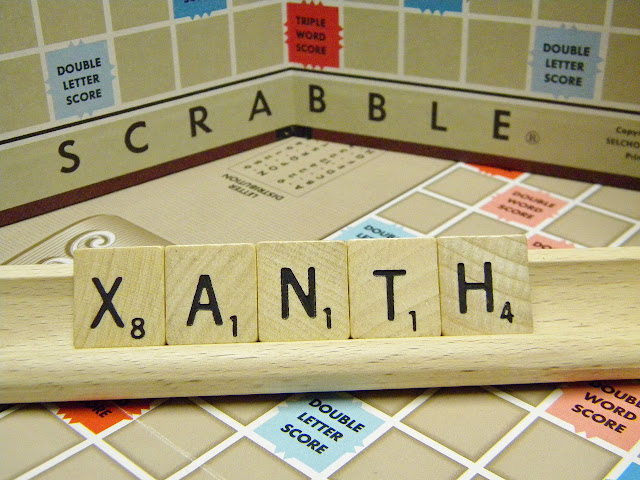 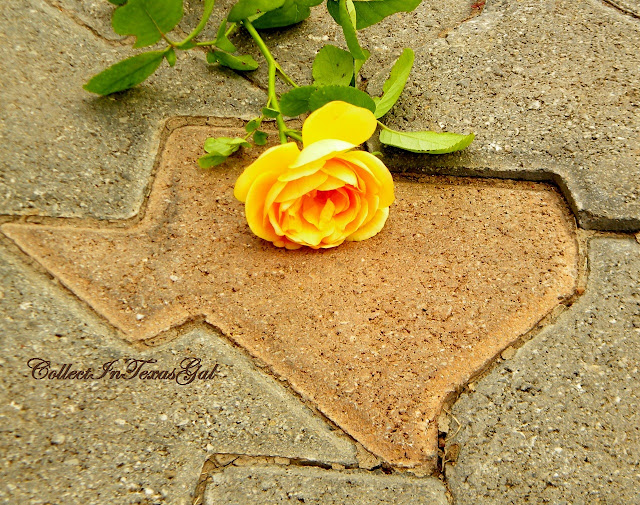 Which brings me back to TeXas!  The Xanth Rose is the Unofficial State Flower of TeXas!

"The Yellow Rose of Texas" is a traditional folk song. The original love song has become associated with the legend of "how a slave named Emily Morgan helped win the battle of San Jacinto, the decisive battle in the Texas Revolution."

The song is based on a Texas legend from the days of the Texas War of Independence. According to the legend, a woman named Emily D. West — a mulatto, and hence, the song's reference to her being "yellow" — who was seized by Mexican forces during the looting of Galveston seduced General Antonio López de Santa Anna, President of Mexico and commander of the Mexican forces. The legend credits her supposed seduction with lowering the guard of the Mexican army and facilitating the Texan victory in the Battle of San Jacinto waged in 1836 near present-day Houston. Santa Anna's opponent was General Sam Houston, who won the battle literally in minutes, and with almost no casualties.

I love Yellow roses. They are my favorite! I love Texas too! Great song and great post Sue!~Ames

That was very interesting and Texas is a beautiful state.

Well, I learned something new here, and that always makes me happy!!

LOVE THAT YOU LIVE IN TEXAS.

MOSTLY CAUSE I'M A SCRABBLE ADDICT!

I prefer the other version, you know, the one about the long lines of cabs waiting at the Houston airport: "The Yellow Rows of Taxis"

Webster was really a Texan? I did NOT know that. In my sixth grade class was a Texan who sang The Yellow Rose Of Texas in our talent show. TRUE!

Very creative use of the letter X. I love that rose--very beautiful.

so, it was actually a brainy woman who won the war. Should've known! {:-Deb

Yay! I, too, am a Scrabble nut! Thanks for the new and lovely yellow word - XANTH!
Happy X Day!
Coralie

Love this post, Sue! I love yellow roses and The Yellow Rose of TeXas.

And, to blend with your X post, I love Xantiana and Noah Xavier...two of my delightful grandchildren.:-)

Good morning Sue, I just caught with your posts I have missed. Bill is home this week on spring break. We have been doing lots of projects like the garage and the yard. Well "I" do the yard except for mowing. He hates it as well as any hard labor. He says he uses is brain instead of his brawn. I say hogwash!!! HA! He is loving, fun, kind, and a keeper in spite of his lazy ways, he is still a keeper for almost 48 years now.

Love the song, the story and the X in Texas. Afun post today.

The vintage Hankies are all so pretty. I have always had a thing for hankies but I don't use them either. I tuck one in my purse though. Just in case.

I too love the feminine days of old. Beautiful vintage clothes. BUT, I love modern conveniences!!!
Hugs, Jeanne

So now that I am caught up with your posts, the garage is still not done. Have a wonderful day and thank for the music. It is giving me energy to get to work. Smile

What a clever post! And a nice little bit of history, too.

Great post! I didn't know the story behind the song. :)

Great post ... and my who doesn't know that song ... it was great to actually hear the story behind it!!!

I love that song and I adore yellow roses...

Maybe I should have been born in Texas?

The Yellow Rose of Texas reminds me of my all-time favorite movie, Giant, with Elizabeth Taylor who we lost yesterday. I think I was meant to visit you today. :o)

Yellow roses - it doesn't get any better. I got so sidetracked catching up on your other posts...the hankies...oh my! The bits and pieces of lace just melt my heart. Beautifully composed images. Thank you for sharing.

what a lovely yellow rose Xanthos is and it's perfect for texas !

All this time I thought the yellow rose was about the flower and it being a symbol of glory or something. I like the real story much better. Now to go read more about her. Thanks.

thanks for telling me on my blog that you have this blog also. missed it. love your creative X's

Beautiful post! I wonder if the people in Texas know that yellow rose is the State flower.

I never heard the word Xanth before and I shall use it an impress someone, anyone, with my linguistic talents quite soon.

In the interim, I just want to thank you for such an X-cellent and X-emplary link to Alphabe-Thursday's letter 'X'.