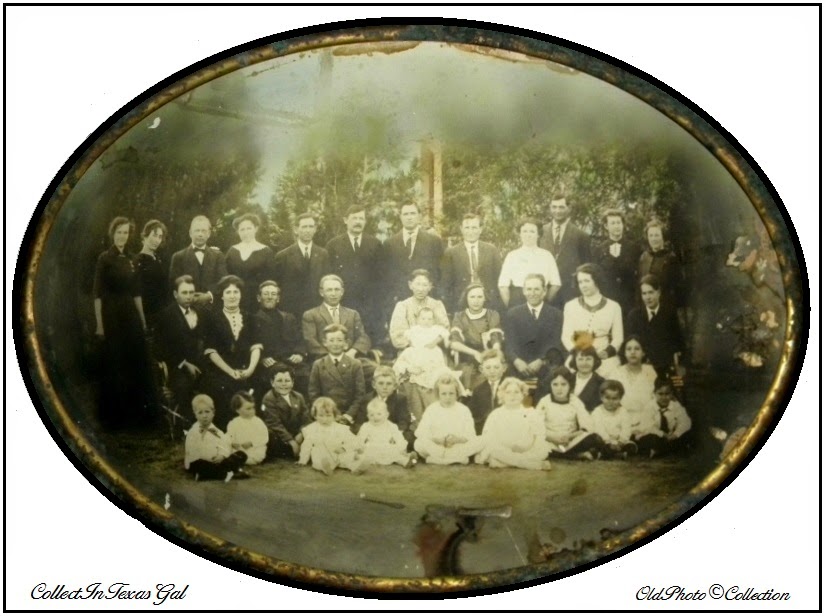 *'Follow the rules of the records repository without protest, even if they have changed since a previous visit or differ from those of another facility.'

I have always been a 'Rule Follower'...raised in the 50's and 60's when parents, teachers, and 'Robert's Rules' ruled.

I still respect and abide by 'The Rules', but when it comes to 'Researching My Roots', I've become a Repository and Rule Protestor...of sorts. 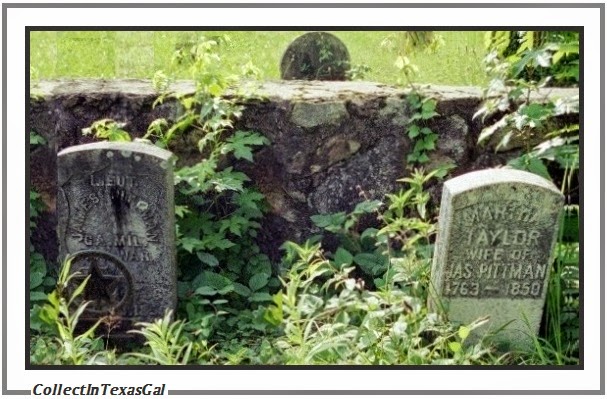 The cemetery where my Georgia ancestors are buried does not have perpetual care, has no office, is accessible only by a muddy road, has snakes, tall grass, and lots of bugs...and many of the old gravestones are in broken pieces, stacked in a corner under a pile of dirt.

Still, I strive to follow the Rules of Headstone Recording by deciphering the dates without disturbing the dirt, pulling weeds or messing with the snakes.  The bugs get Off'ed.

Photo courtesy of a cousin once removed...rule of credit due...check.  You know the cousin rule...right...'once removed, they may not return.  (sorry, I couldn't resist)

Courthouse Repository Research Reveals
~Locating the county where your ancestor lived is the first step in finding records...like the time he was hauled into court for shooting his neighbor's dog, threatened the census taker with a shotgun, or arrested for making illegal corn whiskey behind the barn.
~When in the courthouse miles from home, you will always find the breakthrough court record at 4:55 pm on Friday afternoon.
~Your ancestor moved frequently and sold all of his property to his children before he died to avoid probate.
~Research in one county courthouse that leads you to information in another county will only be revealed on the last day of your vacation.
~Your ancestor is featured in the county history because he was the first prisoner in the new jail.
Birth and Death Certificates
~A Social Security form SS-5 is better than a birth certificate because few people had anything to do with the information on their own birth certificate.
~The application for a death certificate you want insists that you provide the maiden name of the deceased's mother...which is exactly what you don't know and is the reason for wanting the death certificate.
~Death Certificates are rarely filled in by the person who died.
Stuff You Should Know...Before Researching Your Roots
~Always interview brothers and sisters together in the same room.  Since they can't agree on anything about the family tree, it makes for a lively free-for-all.
~Work from the known to the unknown.  In other words, just because your name is Washington doesn't mean you are related to George.
~When you contact your home state's vital statistics office and ask if they are "online" and they respond..."on what?"...you may have a problem.

*Guidelines for Using Records Repositories and Libraries...Link
Parts of this Post Referenced from...Dollarhide's Genealogy Rules...Link
Posted by Sue McPeak at 4/21/2014

Wow such a lot of information here. I've pinned your blog so I'll remember how to get back to it! One day I hope to have enough time to go back to Scotland and see where my ancestors came from... Thanks!

Forgot to ask, how long have you lived in Texas? We lived in Waco for 18 years... Been in Georgia now for almost 10...

Some excellent research tips and info here. Loving your take on the challenge!

Damyanti, Co-host A to Z Challenge April 2014, My Latest post

I like the commonsense rules here. I never thought about not disturbing the weeds around a headstone to read it better.

I love the "once removed, they may not return."

Hi Sue .. there is so much information available now isn't there - and what great reminders you're giving us of places to go and look .. starting where you know makes sense.

As Lisa mentions - this is such a great reference .. while the family (extended) photo and the gravestones are great reminders of life ..

What a great theme for the challenge, and great tips you've offered. Just joined as your newest follower.
Deb@ http://debioneille.blogspot.com

The courthouse at 4:55 I have been there done that!. My family and I are actually restoring portion of a cemetery in May in honor of my cousin. So important for the next generations. Great tips!

This is some great pointers. I have always been interested about sections of my family and this information is actually really nice to know.

Never looked into my roots, but you make me want to :-)

There are so many Catch-22 opportunities in family research. I ordered my great-grandfather's death certificate in order to learn his mother's maiden name. Evidently the informant didn't read the directions or didn't know the meaning of "maiden name." Grrrr ~

LOL...my favorite was the death certificate one. I hate other states, Ohio's is so far ahead of the game with death certificates; but all that too will be changing with all the people complaining about privacy...; while the pay extra for vanity plates that tell personal info about their lives, AND plaster big yard signs with their children's first, middle, and last names as well as what school they go to and their grade and which sport or art activity they're in...............face plant!