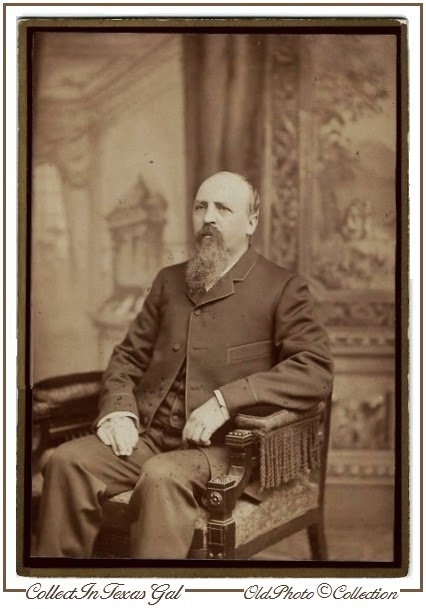 "All rise for the Honorable Daniel Pittman".  At the command of the bailiff, the buzz of conversation turned into a combination of noise from chairs scraping on the wood floor and the rustle created by the standing of a packed courtroom.

The Honorable Judge rapped the gavel and declared, "This Court of the Ordinary will come to order and remain orderly throughout the 'Declaration of Judgment' in the case of the Fulton County Greenback Party versus the Congressional Resumption Act of 1875."

At the mention of the Congress, the courtroom burst into a shouting of slurs, fist pounding, and foot stomping....Damn Yankee Bankers...Crooked Money Changers.  After a good bit of gavel pounding and threatening to clear the courtroom, order was restored and the Judge continued, "Before I declare the courts Judgment in this case I offer this 'communication' recently published in the *Macon Weekly Telegraph, April 2, 1878."  (for brevity, the following is in parts from the original article sourced from GenealogyBank.com)

~The talk of too many greenbacks is all bosh, suggested by the bondholders to mislead and deceive the people.
~Look at the wide and undeveloped West and southwest, which is waiting for money even as the ripened wheat fields of Ohio and Illinois yearn for the mowers and reapers to save the golden grain in July.
~Look at the natural increase of the population of this country from births and immigration.
~Above all, look at the ruin;  degradation, starvation and bankrupts which have all been caused by the contraction of the currency and the creation of the non-taxable bonds, and then tell me if there is danger of too many greenbacks.

We are quite sure if the people could be made to understand aright, they would never consent to the restoration of the old banking system which flooded the country with a deluge of bills, not one in five of which could be redeemed......in gold or silver.  What is needed, is all the gold and silver that can possibly be utilized as a circulating medium, supplemented by an additional issue of greenbacks to supply the wants of trade, guaranteed by the United States government, and made receivable for taxes and all other dues not inconsistent with previous contracts.


Then we would have a uniform currency and be in no danger from spurious wildcat money.
by Mr. Daniel Pittman of Atlanta, Georgia for the Atlanta Constitution.
The courtroom burst into appreciative and courteous applause as all stood and quieted as Judge Daniel Pittman stated the courts judgment....
"I find in Favor for the People of Fulton County, Georgia in declaring the
Congressional Resumption Act of 1875 unfair and unacceptable."
Court Adjourned!

~The Honorable Daniel Pittman was my 1st Cousin 4XRemoved.  The photo is a representation of the period and not to be taken as Daniel Pittman or any person named in this story.
~The courtroom scene and court case is fictional, but the historical events and Daniel Pittman's writings are authentic and sourced via the links included.
~* Macon Weekly Telegraph, Macon Georgia Vol.LIII, Issue 13, pg.4...copyrighted by NewsBank and/or the American Antiquarian Society, 2004
~One dollar Greenback of 1862...The Color of Money   ~  The History of the Greenback Dollar
Posted by Sue McPeak at 4/11/2014

Email ThisBlogThis!Share to TwitterShare to FacebookShare to Pinterest
Labels: AtoZ Challenge 2014, Tracks of My Georgia Ancestors

Ahh money -- now that's some history in the U.S. I really like how you're approaching this AtoZ -- such an interesting selection of moments in our history.


Visiting from A to Z Challenge. Enjoying all the old photos and the genealogy stuff! Visit me at www.ksmueller.com to check out my parents' WWII diaries. I've also done our genealogy back 8 generations on both sides :)

I love the way you weave your knowledge of your family roots with your wonderful storytelling talent. Well done Sue!