My Name Is America 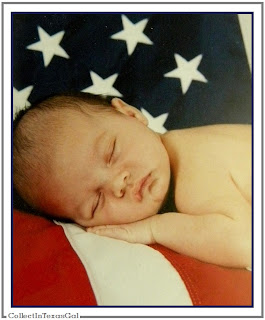 What's in a name? Everything! The power of a name and its value has long been immortalized in prose, poetry, and religious ceremony. Everyone recognizes himself or herself by name.

What's in the name America?
~The first name of America gives one an eagerness for knowledge and an intense desire to do something worthwhile in life.
~A person named America longs for freedom from restrictions and for outlets from restlessness, and does not tolerate drudgery and monotony.
~America, it isn't easy for you to take advice, therefore, you tend to work independently.
~You suffer inner turmoil especially when you feel misunderstood, and being sensitive, you are easily hurt and offended.
~Many people do not realize that you have a depth to your nature resulting from having thought a lot about life in many facets.

America's in my Georgia Family Tree
﻿

As was the custom and tradition in the early 1800's, children were named after close relatives.  Such was the case with three of these America's.  America Taylor was the first to bear a name that reflected her father's service in the Revolutionary War, his love of country and dedication as a Georgia statesman.  America Harden and Martha America Pittman were named after their Aunt America Taylor, and Martha America Cash after her mother, the first America. 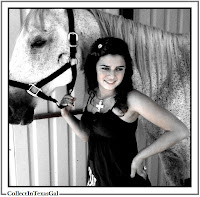 As most 'Trend/Fad' names do, the name 'America' in the Pittman Family Tree ended with Martha America Cash...so far in the research. However, the pride and patriotism of our early ancestors in 'America' has not waivered.

Our love of Country and Flag is still a tradition as seen in the 'Sleeping Baby on Stars and Stripes' photo.

That sleeping baby, a descendant of the first America, is today a Pittman American Beauty from Texas. "The dons, the bashaws, the grandees, the patricians, the sachems, the nabobs, call them by what names you please, sigh and groan and fret, and sometimes stamp and foam and curse, but all in vain.

The decree is gone forth, and it cannot be recalled, that a more equal liberty than has prevailed in other parts of the earth must be established in America."  John Adams

Email ThisBlogThis!Share to TwitterShare to FacebookShare to Pinterest
Labels: Patriotic, Tracks of My Georgia Ancestors

We try to utilize family names too Sue, whether first or last...

Might be in a middle name or even in a confirmation name but the names carry on as do we. We're a hardy bunch so they can be repeated especially if they is a favorite person.

Lets just say "we're new here!"
I'm the granddaughter of three immigrants and my other grandfather was a first gen. immigrant.

All of us with tremendous pride in America.

God Bless you and yours.

Well, God Bless America and all the Pittman American Beauties.

I haven't found an America in my family tree, but we did have a George Washington among the Eastern Band Cherokee. I thought that was interesting.

I've never heard of anyone named America but love the name for a person. What an incredible legacy!

The only America I ever knew was a character in a book. It's a lovely name, and as Thistle Cove Farm already said, what a legacy!

Hi Sue .. love that they named their children after their country and that continued on ..

Oh that is a great Patriotic name! My friend has a grand daughter named Liberty! They are very patriotic and ore unique names then most today!