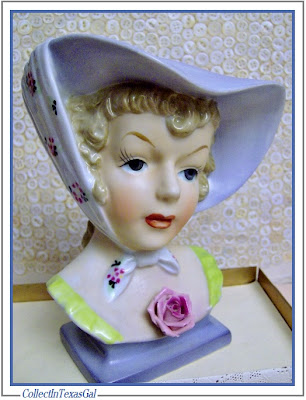 When you are deep into discovering your 'Family History', female 'Given' (first) names become a solid clue to tracing Great Grandmothers, Aunts, and Cousins no matter how far they branch off of your Direct Line.  It may take awhile to get them sorted out and straight not only in your Tree, but in your head as well.  Why?

Because female's change their Surname (last name).  As soon as females become Mrs. Soandso, it seems they drop off the face of the earth or in this case fall out of the Family Tree.  Of course they haven't, but finding them can become a real challenge and often creates a 'Brick Wall' that can remain standing for generations.

So it was with the Miss Lucy's in my family tree until I found the first Miss Lucy.  There she was, a young girl living in a wigwam on the Susquehannah River among the Mohawks.  Her father, a frontier Baptist Missionary was intent on converting the heathens to Christianity back in Colonial America in the 1760's.  You can read about my 4xGreat Grandmother Lucy's Mohawk experience in Making Tracks Out of Virginia.

After Lucy the First, the rest of the Lucy's fell right in line with Fifteen of her descendants named Lucy, and everyone of them became a Mrs. Lucy Soandso, and the search began all over again.  I must say however, none of the descendant Lucy's have had as exciting a story to tell as Lucy The First.  The descendant Lucy's are found in Tracks of My Georgia Ancestors and lived during the Colonial and Revolutionary War period through the Civil War and Reconstruction of the South.

Next on the list of Lucy stories to tell is Lucy Eunice Pittman who's Mrs. Soandso name turns out to be Jenkins.  Mr. Soandso Jenkins, it seems, was pretty much of a Soandso and finds out that Pittman women named Lucy have an inherited sense of Mohawk Missionary Justice.  Poor ol Mr. Soandso Jenkins, he was scalped, striped naked and declared dead....all the while living in a stupor right next door to Mrs. Lucy, the Great Grandaughter of Wigwam Lucy.

Just goes to show how Sweet Georgia Gals in Blue Bonnets
truly do have GRIT and are not known as
GRITS...Girls Raised In The South...for nothin'.
Linking To
Smiling Sally's Blue Monday.
Posted by Sue McPeak at 7/15/2013

Wish I had asked my mother how she came up with my name. When younger, really did not matter. Have had so many ask me about it. Too late now.

This was a great find when you found the first Lucy. I really enjoy reading all your stories!!!
Ann

Interesting, but how come you're not "Lucy?"

Interesting, and a nice blue lady beside it :)

Interesting. I enjoyed reading the Lucy story. I played too. Mine are here and here.

What a great story to have! And oh my, that was one good example of frontier justice. My question being why?

Well I do declare! :) I enjoyed reading your take on family history...I have to get back into researching mine again...it was so much fun! You sound like you are an expert now in Genealogy. You must be very good!

Hi Sue, As you know, I always enjoy your stories about your ancestors. Lucy #1 living in a Mohawk village is so interesting. I wonder if her dad was able to convert them. smile.

Thanks for your comment today. Our pup is quite a dog but she thinks she is one of us. I admit we can't resist her.

Happy ancestor hunting. You were born to do this along with your many talents. Beverly, is very into her ancestors as well. she and her hubby do it together on both sides of their families.

Yikes! You have the most interesting, the strongest women in your family tree!