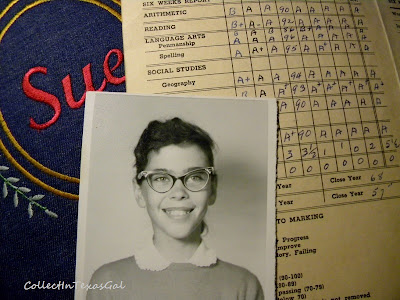 Dear 5th Grade Teacher,
I want to thank you for the history lessons.  If I remember correctly, fifth grade was about the time Early American History was introduced with the more 'Impressionable Stories' and pictures printed in our History Books...or as teachers said, "Get out your Social Studies Book".

It's doubtful that in 1957 I had a clue as to the real meaning of 'Social Studies'...even today I'm not convinced that it is all that clear how it relates to the study of History.  Back In The Day...5th Grade...Social Studies meant History and Geography.  I knew that because you rewarded me with one A+ and seven A's.  I don't know why I didn't get all A+'s since SS/Geo/History was my favorite subject.  I know it couldn't have been my 'Salt Map'...the 6 A+'s on the row below Geography were in ART.

I so wish I'd know about my Uncle Buck when we 'Social Studied' about the Lewis and Clark Expedition.  My 'Show and Tell' would surely have earned so many A++'s and Kudos that I might have better understood how 'Social' got to be associated with Geography/History.  I wonder if it's still called 'Social Studies' today.  If so, kids must be totally confused with all the 'Social Studying Media's' out there that have absolutely nothing to do with History, but at least there is some Geography....Google Maps.

Mrs. Standefer, I know it's way to late to change any of those A's to A+'s, but I want a Do-Over on my 'Lewis and Clark Show and Tell'.
Still Social Studying,
S. Sue Pittman 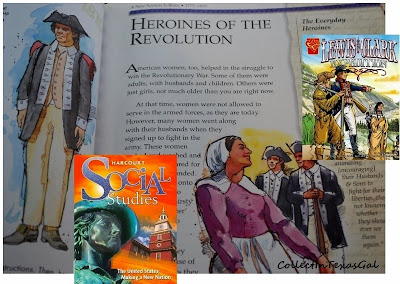 My Uncle Buck's Lewis and Clark Connection
Show and Tell by S. Sue Pittman
Buckner Pittman was an American Revolutionary Soldier from Virginia and Georgia....show post on Tracks of my Georgia Ancestors...
Colonial First Born Son and Revolutionary Soldier
Sergeant Buckner Pittman served under Captain George Rogers Clark, brother of William Clark of the Lewis and Clark Expedition.  While at Fort Jefferson...commissioned by and named for Thomas Jefferson, he no doubt met Captain Meriwether Lewis and Lt. William Clark, a close friend of Govenor Thomas Jefferson.  If Jefferson had made a trip to his namesake fort, he would have no doubt been the guest of the Clark brothers and been introduced to Sergeant Buckner Pittman, Ohio River Frontier Scout and Wilderness Explorer.
The possibility of Scouting for the Lewis and Clark Expedition ended on the muddy banks of the Ohio River....show post on Tracks of my Georgia Ancestors...
The Patriot and The Pennsylvania Farmers Daughter
The end of Uncle Buck's military/frontier scout days at the age of 37 led to his marriage to the Pennsylvania Farmers Daughter, Ann Smith.  It must have been fate that brought them together.  That and a Flatbottom Boat...show post on Tracks of Georgia Ancestors...
Pennsylvania To Kentucky In A Flatbottom Boat
In conclusion I'd like to point out that if not for a few fateful events, the Pittman name could have been:
Spoken by Govenor Thomas Jefferson..."Nice to meet you, Sargeant Buckner Pittman".
Signed on Maps of The Lewis and Clark Expedition.
Misspelled in Social Studies books...it should be 'tt' for our family line..not Pitman.
Coulda Woulda Shoulda!!!
If Lewis and Clark's Expedition had started in 1784 instead of 1804.
Uncle Buck would have still been able to sit a horse, fight Indians, trek through the wilderness,
and the 'S' in my first name might have stood for
Sacagawea.
Now that would have been some kinda of a Show and Tell.

Haha! Thoroughly entertaining, Sue, along with being quite interesting! Ann Smith, Of Pennsylvania. I live on a piece of ground that belong to "Uncle Billy Smith" of the very first oil well drill bit fame. Seriously, Google him. Maybe we're cousins?? ;-)

How have ya been?

Thoroughly entertaining for a family history buff such as myself. Thanks!!! And nice to meet ya. My name is Laura, sent you an email explaining my family connection. Thanks again, hope all is well in west Texas!!