June was named for the Goddess Juno...Goddess of Marriage and the Well-being of Women.
Juno was the Wife and Sister of Jupiter.
'Jumpin Jupiter' that's 'WayOutThere'...What was Zeus thinkin'? 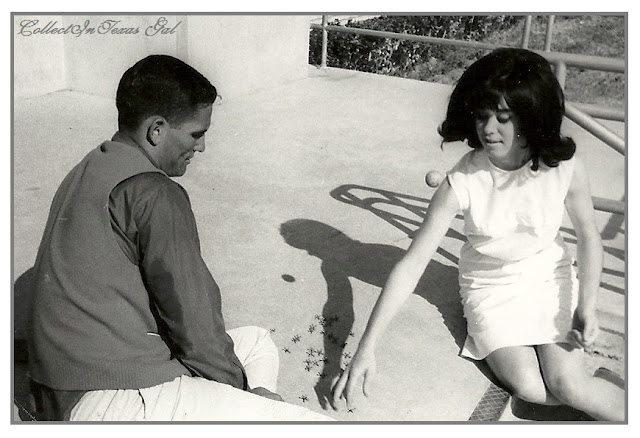 June has long been thought of as the Month of Love and Respect and the Month of Marriage.
A month of I Love You's and a time to celebrate Innocent Love and the Beauty of Youth.
I remember ‘Beauty and Youth’.
Well, OK, some of Youth.... And Beauty....It’s still in the eye of the beholder…says the guy I Married in my Youth...
...But not in June. 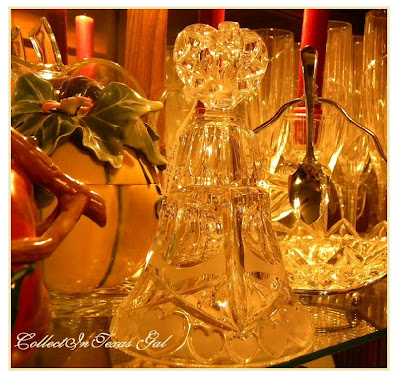 Then the Church Bells rang...but not for the just married Bride and Groom... 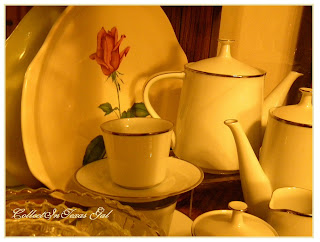 ...But for the 257 newly Christened Babies that were at the front of the line waiting to see the El Juez...the Judge.

El Juez was taking his afternoon Siesta, so we waited amid crying babies, howling dogs and mariachi music.
The music was coming from the cantina next to the church.
HiHoney, as thoughtful then as now, suggested he and Jim...Bestman...go have a shot of Tequila...he needed some courage...while Rita...Bridesmaid...and I...Bride...held our place in line. 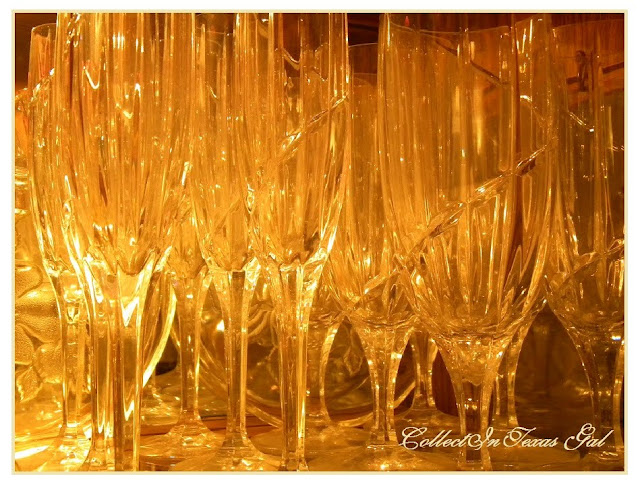 Ole' and Salu'... after el Juez proclaimed  we were 'lawfully wed'.  Yep, Tequila for the Weddin'Party while the Mariachi's played' There Goes the Bride' down the streets of Juarez...shopping at every Turista Trap.
A gal's gotta have wedding presents. 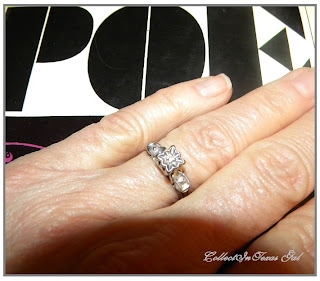 My wedding gift from my Tequila'd Esposo was my 'With This RingSet'.
Which we bought several months after the elopement...on credit for under a couple hundred bucks....with interest and payments of $5 a month for the rest of our lives.
It's value today....Priceless!

There was just one 'Little Hitch' in our 'Gettin'Hitched' in Mexico.

In 1965, Texas did not recognize Mexico Marriages as Lawful!
Oooops! 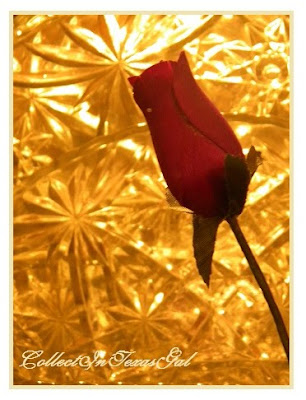 Our Ole'Weddin' was a MatchMade over a Game of Jacks that has lasted now for 45 years and 5 months...not the Jacks....I beat him so bad that first game, he refused to play ever again.

Do Ya'll think Luck has anything to do with LifeLongLove or is it the Blessing of the GoddessJuno?

I think it's Luck and here's why...I'm superstitious!

~If the bride or a child cry during the wedding service it is considered lucky.

Have a beautiful week.
TTFN ~ Marydon

Hee hee... sounds like something I would have done. Bet that week of sin was AWESOME! LOL

Weeee what a wedding you both had, I guess that is why its lasted... YOU both has many babies crying.
What a darling account of your wedding.

Golly, hair styles sure have changed for the women, I do remember that style.

What great memories! I love it. You were really livin on the edge that first week!!!! Reminds me of the time we lived in Albuq in the early years. Mariache Bands in every resturant and corner. Our best friend sang in one of the bands. Love the hair do.
Ann

How fun a story to tell! Great wedding and shots of Tequila! Hmmmm at least you 'made it legal' finally you hussy you! :) I love June!

Adorable ~ love the story and the photo! I think long love is a blessing from God. hugs, Kerrie

Great story and photos, thanks for sharing!
Patti

Sue,
I really love this story. You are funny, sweet, sentimental...and very lucky to have each other. Johnny Cash really captures your heart with this song...brought a tear to eye.

Sweet. You eloped? I love it!

What a wonderful love story! 45 years is a long time and you all should be so proud! I'm only half way there, ha! BTW, I love June because that's when my beautiful children were born!

This is adorable...so glad you are hitched...for good!!!
Blessings and hugs!
Coralie

Love it! I'm glad you posted the link to this post.

Oh Sue! This was great! I love the photo of you two playing jacks :o) You were as beautiful then as you are now. And your hubby is quite handsome. I had to laugh when you said your groom and his best man went to get some "courage", while you and your bridesmaid stayed and held your place in line. :o)
My hubby and I will be coming up on 29 years married...