The Meaning of the Eagle... 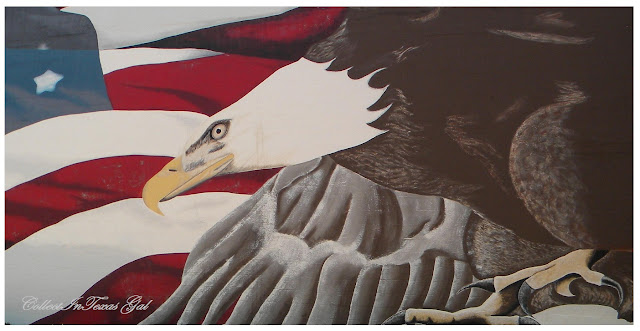 Contrary to popular belief, the eagle was not selected as a distinctive native bird but was adapted from the emblem of ancient Rome - the eagle standard.
By its selection, Congress viewed the infant republic as a future giant in resources and world influence. Some members of Congress, however, argued for a more "indigenous" symbol such as the wild turkey of Thanksgiving memory , while others thought the dove of peace more appropriate to a young nation intending to live in harmony with all peoples. 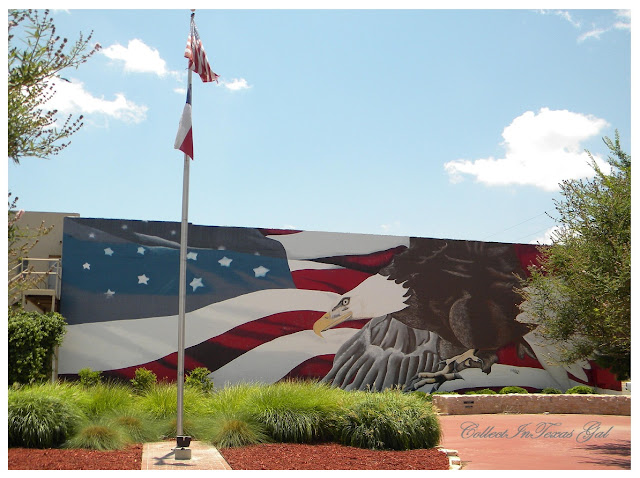 The eagle, traditional ruler of the heights of freedom, fiercely independent and protective of its young, won out as the symbol of what the United States of America stood for and what it would become.
Posted by Sue McPeak at 6/30/2010

Hi Sue! Check out the eagle on our son Jeff's blog. It's www.thewindsweptsky.com
His friend took the photo.

I'm sure glad they didn't chose the turkey..
You learn something everyday from wonderful smart bloggers! I enjoy yours very much.
thanks for visiting me today and have a happy week.

Well being Canadian I surely didn't know that Sue!
We don't have a "native bird" unless you would call our "Canada Goose" our native bird lol
Happy 4th of July my Texas friend.
Love Claudie
xoxoxoxo

You are so well informed! I am also glad we choose to bypass the turkey! LOL! Anne