Hot Heifers Then and Now

Did Ya'll know that it's not really SUMMER yet?
Good Grief, those folks...Astronomers...that have scientifically figgered out the calendar might want to consult The Heifers! 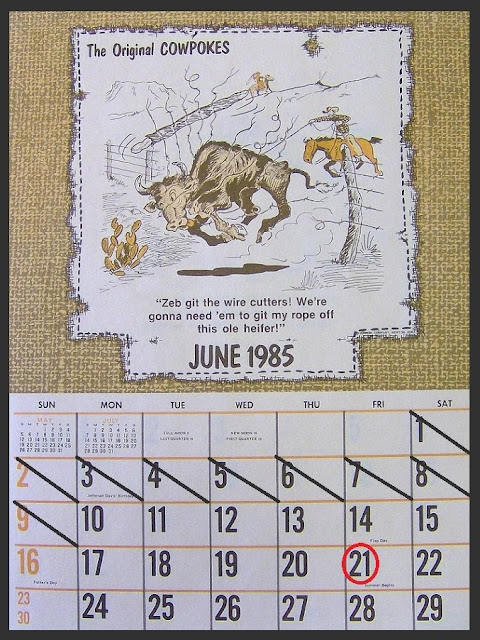 In the United States and the rest of the northern hemisphere, the first day of the summer season is the day of the year when the Sun is farthest north (on June 20th or 21st). This day is known as the Summer Solstice.  Calendar Updates.com
The summer solstice is the longest day of the year, respectively, in the sense that the length of time elapsed between sunrise and sunset on this day is a maximum for the year.  Science World of Astronomy 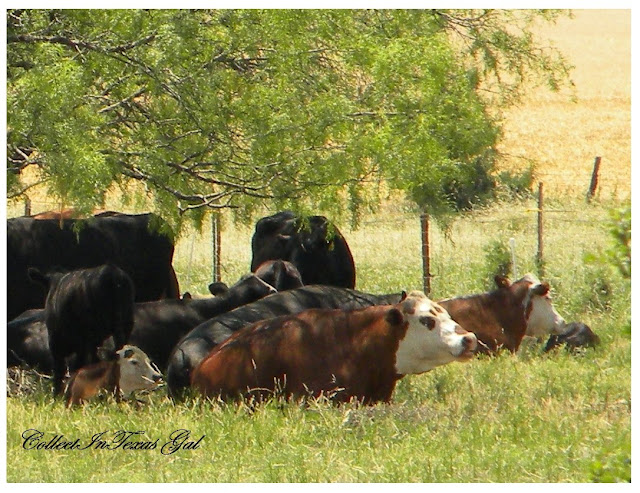 "Mama, wouldn't ya think those Folks with all that HiTech AssTronOmy EdgeyKation should know that when it's 106 degrees on
June 10th it's called SUMMER?"
"Yep, SweetPeeee, it would seem so, but some of those OverlySmart TwoLeggers don't know
'Poo from ShineOla' or when to get in the SHADE!
"Mama, do you think those TwoOldCowboys learned anything in the last 25 years?" 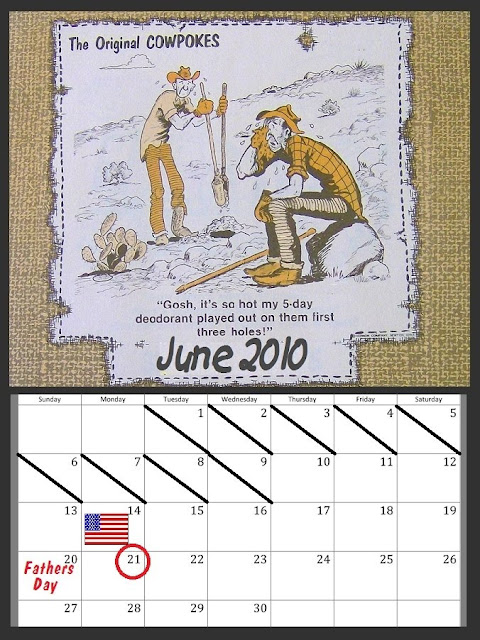 "Nope, SweetPeeee, they ain't learned a Dang Thang!
They cain't find the Shade and they still Stink!" 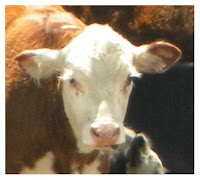 PS..."Mama, can I tell the GRIT's readers somethin?"
"Sure SweetPeeee, MoooooAway"
"Well, ya'll, I'm just a Little Heifer, but I do know that when it's HOT...ya drop yore 'CowPooCake' in the mornin', then head for the SHADE and watch it Bake!"
"Good advice, SweetPeeee!  Now, get back in the shade and take a nap!"

Oh Sue, that cracked me up! Sweeetpeaa is a smart little Heifer and oh so pretty too!

In my part of Texas, there's no doubt, it's summer!!

I can smell those cows. Whatever it is outside, it sure feels good to me!

You are just too clever! Love all the little cow references! 110 Boy that is HOT!!!!! Just wait till summer gets here!!!!!

that calandar is very cute. I am not a hot person, in that kinda heat you would find my parked infront of the air conditioner with a diet coke.

Hi Sue,
I love that little Sweeetpeaa! She is one smart little girl and cute too.

Yep, it's definitely summer here!
I'I've enjoyed catching up on your previous posts that I've recently missed while away from my computer. Love the red mohawk! ~ Sarah

lol...at the cowpoo and moving to the shade. My ol' golden retriever knows when to get out of the sun and into the shade too. Animals are smart like that. Great post Sue...in fact all your post are great! Have a sweet weekend...you hear? xoxo
P.S. I always thought the change of seasons was on the 21st but the newscasters always say it's the 20th. ???

I am now in Allen, Texas and ya'll say "it's a dry heat". Well, it feels pretty darn hot and humid where I am. Just wish it were as pretty as that pasture and cow photo. I just don't know how y'all handle the heat in Texas. What parts are you in? Come visit my Italian Mamma stuck in Allen, Texas cookin the day away in her Italian Kitchen!