The Number PinkOneHundred for Pink Saturday 4-24-2010 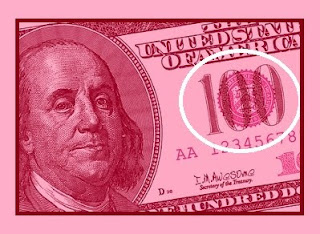 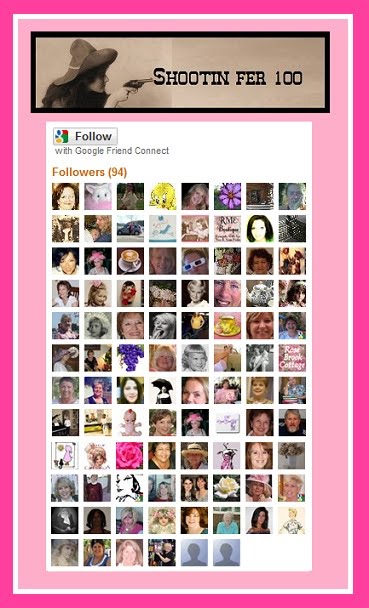 Maybe Follower #100 will happen on this Pink Saturday, too!

My Shout Out for this Pink Saturday goes to MaryLee at MerrilyMaryLee'sWebLog.  She's got it all...Ya'll will love her HUMOR!

Ok, Now for some Pinks from our Rose Garden.  I think Four Bushes across the back of the house could be called a Garden.  Afterall, I do have a Rose Bush Butcher for a Gardener, and thanks to his Twice a year Beheadin' and Butcherin' (he calls it Trimmin') they come back every Spring with BiggerHeads and oooohhh, the Pink ones Smell SoSweet.  Dolly and Ruby think they should get the credit for some of  the Scents....they distribute their SmellyPoops evenly among the Four Bushes.  I definately don't mess with the roses except to cut them for vases and take pictures....and then I step very carefully. 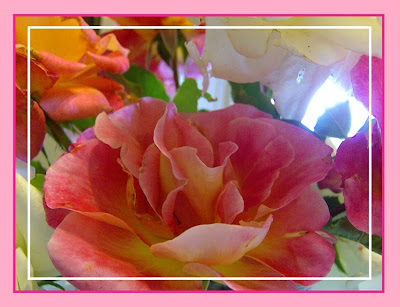 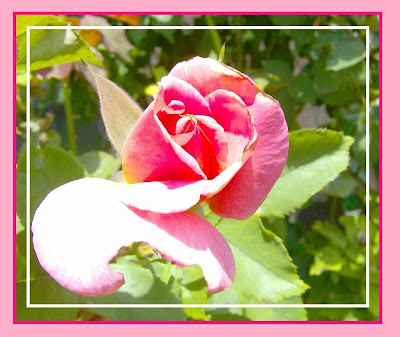 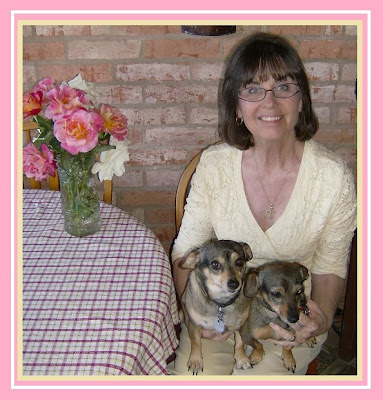 Sue your roses are beautiful and so are you! I miss you.
Love,
"lilsis"

p.s. guess I need to plant some roses...so my pups can do natures fertilizer...knowing them they would do the other bizness and kill the bushes.hee-hee

Hey Sue, The pinks are sooooooo pretty. They even smell pretty via cyberland. I miss doing Pink Saturday but until the last bean is picked and the withered garden burned off next fall my time is mainly spent looking at browns and greens! Happy weekend, Mollye

Congratulations on 100 posts. I hope you get your 100 followers. I'll just bet you get some more pinkies. I have a few pinkies following my blog, too, but always love more.

Your roses are gorgeous. And, kudos to the fertilizers. ;-)

Sue Happy 100th post!!! Love your roses they are as pretty and as sweet you! I would be a follower but I already am!!! I bet you will get 100! I don't have any 'outdoor' fertilizers myself, lol, but they must be doing something right those roses really are gorgeous!

I added you to my sidebar so maybe some new followers will come your way!!

Thanks Linda...That's what I call Real Southern Hospitality! You're a Great Gal Raised in Texas!

Glad that you posted early. I'll be too busy to visit tomorrow. Congrats on number 100 my sweet friend.

Thanks so much for being so supportive on my Dilettante post (I've put up a different one for Pink Saturday) - it made me feel a lot better! That email was rather deflating.

Happy Pink Saturday, and thank you for being YOU.

Yahoo for you, Sue! I love those pups!

Happy Pink Saturday. Dolly and Ruby are so cute. Beautiful roses, and I love the pink T-shirt.

This made me laugh- great pinks!

In Shoes We Trust,
Maggie
"Do these shoes match this purse?"

Hey, hey Sue, Happy 100th and happy Pink Saturday. I have six rose bushes so I guess I really do have a rose garden. I don't do much to mine either. They must have liked our extra cold winter as they are so lush this Spring. :) Come see me. xoxo Lynn

Well I'm signing on to follow, I hope you make 100 all around! And... maybe that's the secret to roses, I must say it's the ONLY thing I haven't tried!!!

Hi Sue..
Loved your pinks today..You can almost smell the sweet roses through the screen. They're just beautiful.. Happy Pinks,have a great weekend.

Hope you make it to 100 this weekend! I'm already a follower but it makes me want to jump in...again! Happy PS!

hi sue! those roses couldn't be prettier... i can just smell them now! (much nicer scent than dolly's & ruby's 'gifts'!) congrats on nearing 100 followers -- yay!! isn't that something that you had been looking thru that same issue of LIFE magazine from which i posted those pics!! yes -- a pink sewing machine would be awesome. i bet somewhere out there IS one! i hope you're having a fun pink saturday, sue. your blog is wonderful! (o:

COngratulations on your 100th post. I enjoyed the roses (they will always be beautiful to me :-) ) and you pups are adorable! :-)

Good morning Gal, I missed your PS post. I am still visiting believe it or not. My weekends are always soooo busy. My dh is working and the weekends are for him.

CONGRATULATIONS on 100 posts. This is a Blogger's milestone for sure. Thank you for mentioning my blog. Would you believe I am at 640 posts and it seems like I just started blogging. My start date is May 2008. I love your posts Sue. You are a delight in every way. I look forward to visiting you very much.