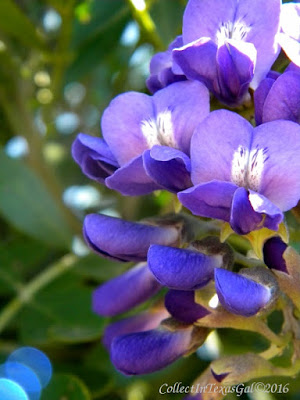 Even with this February being a once every four years Leap Year, it's ends without much fanfare.  At least here on CollectInTexas Gal.

However, it has contributed Five February Collection posts to the Collection Label.
~Violet Survivors
~Hearts, Hats and Hello From 1903
~Fan of Fans and A Family Fannie
~Please Pass the Peas and Pass On the Phone
~February Hanky and Headache Vase

This February also presented the opportunity to explore and write about 'Leap Year'...February 2016~An Uncommon Solmonath...where I stepped out on ledge and declared February to be a Horologists/Astrologist nightmare with these stats...

~February 2016  STARTS on MONDAY and ENDS on MONDAY!
~There will be NO FULL MOON!
~A rodent named Phil will NOT see his shadow due to predicted cloud cover!
~Croaking Wood Frogs will NOT emerge from the 'Middle Ages Mud'! 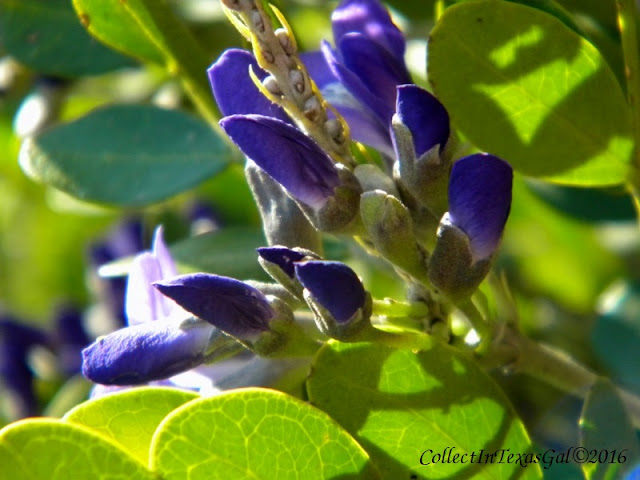 It all happened, too...except...THERE WAS A FULL MOON!!!  Yep, the Horologist/Astrologist got it wrong for there it was a 'Full February Moon' on Monday, February 22nd.  At least it followed the Monday-Monday pattern.

Then there was the Rodent Phil's prediction of an early spring.  Boy, did he get it right this year...at least here in Texas.  It has been an Uncommonly Warm Solmonath, with early buds and blooms of trees, bushes, flowers and WEEDS...February Flowering Plant or Weed?

I do hope Phil consulted with Texas Mother Nature and suggested she not pull an
April Fools Freeze on February's Flowering Fanfare.

I hate the thought of weeds! Pretty purple, Sue!

excellent Feb - you need one last hurrah for your birthday month. And March winds have been ramping up eager to knock on our door.

I love your collectible figures I see everywhere. You have changed up your blog header and such and I sure love it. February flew by! Goodness now we are having lots of high winds. But hopefully it will blow in a beautiful Springtime season. Sigh! xo Anne