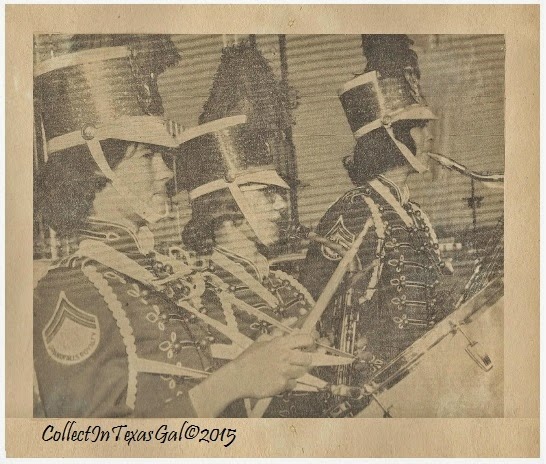 There were two school activities that every student was required encouraged to Tryout for...Athletics and Band.

The age requirement for UIL Athletics was 7th grade, and all boys and girls were highly recruited regardless of their size, athletic abilities or academics.

Warm bodies were needed to fill a rooster of players, managers, water boys, and score keepers with no prior experience.

To be a member of the Marching Band...well, you just had to be big enough to fit in a uniform...which could be altered...be able to put one foot in front of the other, and be able to carry an instrument...no playing of said instrument or music background required.

So was the way of a small Class B School in West Texas, and the way my sister Tootie was able to be in the Marching Band as a 5th Grader.  As a 9th grader, I had two years of playing the clarinet and marching under my Plummed Band Hat.  Yes, I said clarinet!  Tryouts in the 7th Grade were brutal with 12 of the 15 girls trying out to play the same instrument.  There was an over abundance of reed suckers which led to some of us 'carrying' a Saxophone with instructions not to blow...just concentrate on marching.

Tootie got one of the last small sized uniforms which obviously had been altered for someone smaller, and because she could walk and chew gum at the same time, she got to beat a snare drum.  The hat?  Lucky for her she had thick hair and the hat had a strap. 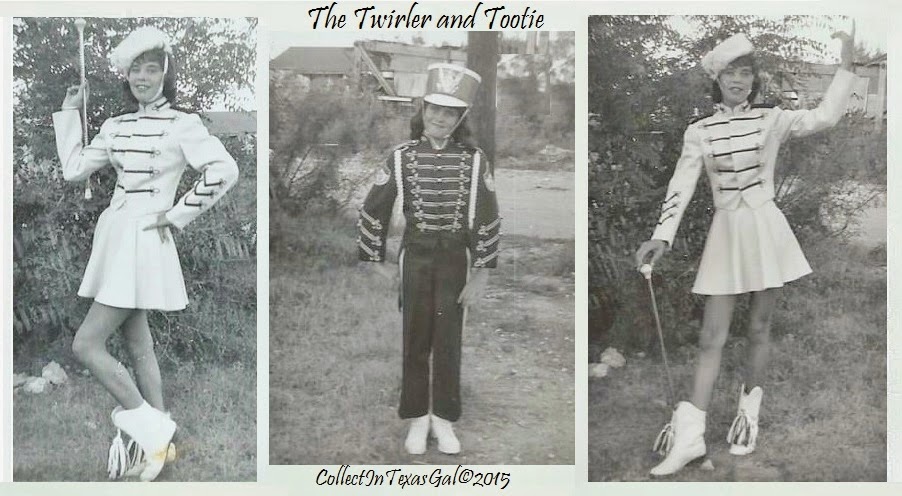 Traumatized!  That was me after Trying Out for Twirler my Freshman year.  I didn't make it!  That had never happened in all of my 15 years of being #1....and after assuring my mother that spending $20 for boots and tassel making stuff would be a good investment.  I planned on a four year career high stepping and twirling out in front of our marching band.  I had to settle for First Substitute Stepper...at least I was first...not to mention the only substitute. 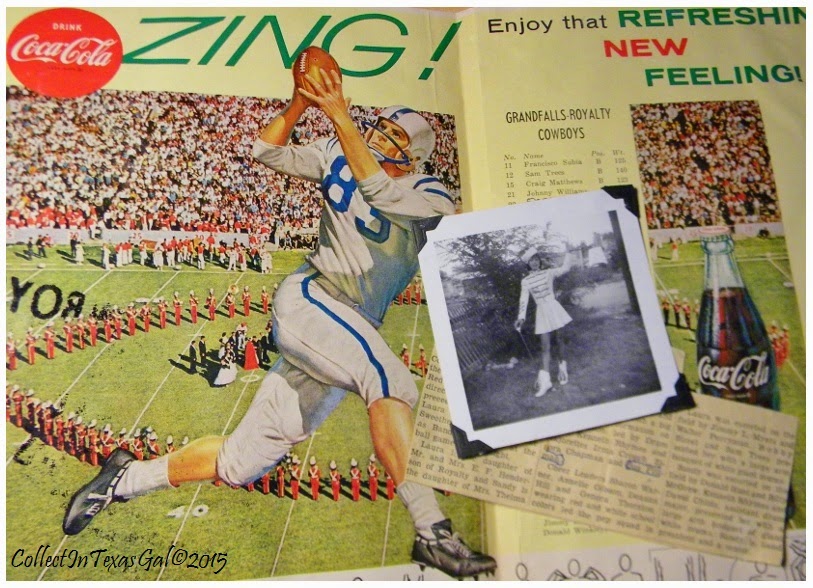 I got lucky that first year of being First Substitute.  One of the three Tryout Picked Twirlers was nominated for Homecoming Queen for the First Football Game of the season.  So good to be FIRST! 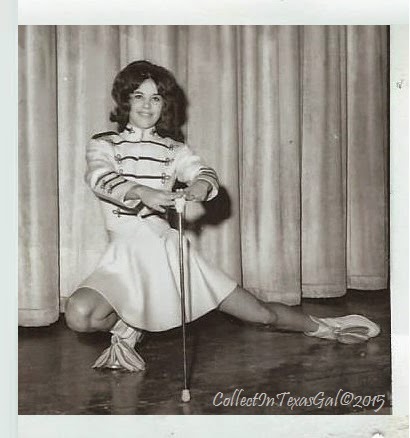 All in all, being First Substitute worked out for the best.  For the next year Tryouts, I was the only returning Twirler...albeit 1st Sub.  I already had Tasseled Majorette Boots and got first pick of a better fitting Uniform, and I got to go to Summer Twirling Camp.

I was a year ahead on practicing the figure eight, palm spin, behind the back catches and high tosses which was so noted by the Tryout Judges.  I must thank my parents for encouraging me even after the tosses wrecked the ceiling and the palm spins spun out of control...it was only our first black and white TV and Rabbit Ears were easily replaced...TV...not so much.

Twirling remained a part of my skills for many years, and I could catch a spin behind my back well into my...well, let's just say my last years of teaching Elementary PE.  Lucky for everyone we practiced in a high ceiling gym where High Tosses and out of control Palm Spins caused minimal damage.

Those little Wannabe Majorettes were pretty impressed that I still had my
Baton and Boots from my First Twirler Tryouts.
See, Mother, I told you they would be a good investment!
In fact, if I had them today, they would be priceless!
Posted by Sue McPeak at 4/23/2015

You truly were a terrific twirler and tooter! I love how you wreaked havoc on the ceiling and the rabbit ears, and your family still encouraged you to practice twirling! I'm glad you persevered and made it through with flying colors! The boots were definitely worth the investment! You looked tantalizing in your twirling attire! I also love how you tied this all together with wonderful photos, Sue!

I only ever tried twirling once when a friend was into it and let's just say, it's a good thing me and a baton decided to part ways after that ;) Those are wonderful pictures - your tassels are fab!
Tasha
Tasha's Thinkings | Wittegen Press | FB3X (AC)

I was a twirler too! Twirler sister's now, lol! You were an adorable twirler and I'm just loving the memories that come to my mind. Didn't you love those boots and tassels? I did! What a wonderful, sweet and precious post, Sue!

I was not a twirler although I got a baton one Christmas as a kid. But we had 2 girls among our majorettes that were sensational. One entered and won many competitions. She became an elementary school teacher but she taught baton on the side.

I've never in my life touched a twirling baton, and I'm sure that was to the good of all. Lucky I didn't grow up in Texas! You, on the other hand, were obviously coordinated, as well as adorable in that uniform. And I feel like I know Tootie just from that grin of hers! Thanks for this fun post!

impressive skills in your family. I never tried out and in a big school district they had plenty of bodies. I was busy on the school paper writing essays about how the band folks and athletes missed too much school. !!

Oh, you don't have them anymore. That's such a pity.
I love those photos and you look very professional ;-)

I loved that picture of you posing - it made my arthritic knee sigh with envy. I went to high school in New York City - my school had over 2400 students (and that was a "small" school) - no shortage of warm bodies for us! Alana ramblinwitham.blogspot.com

Hi Sue! I'm sorry it took me a little while to visit you back. I fell a little behind with my postings. I love your pictures! I wish I still had some of my older family pictures. It seems every time my family moved, we lost a few. I barely have any childhood photos.

I'm thrilled that you have so many to cherish. :) I've been reading your posts and they're great. Loving them. Thanks again for visiting me the other day. I'll make it a point to be back when I'm less overwhelmed! Hugs. Eva http://lilicasplace.com part of Lisa's Live Wires

Sue you a precious gal! I learn so much about you each time I visit! Enjoy your weekend and thanks for this lovely share!