The Meaning of Red White and Blue 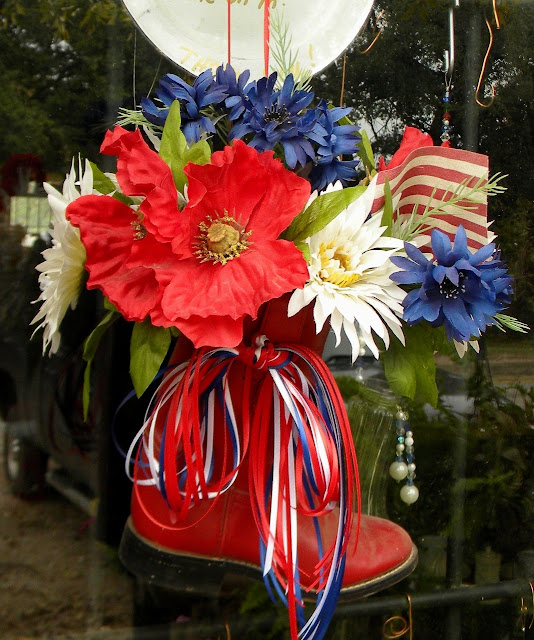 The colors red, white, and blue did not have meanings for The Stars and Stripes when it was adopted in 1777.
However, the colors in the Great Seal did have specific meanings.
Charles Thompson, Secretary of the Continental Congress, reporting to Congress on the Seal, stated:
"The colors of the pales (the vertical stripes) are those used in the flag of the United States of America; White signifies purity and innocence, Red, hardiness and valour, and Blue, signifies vigilance, perseverance and justice." 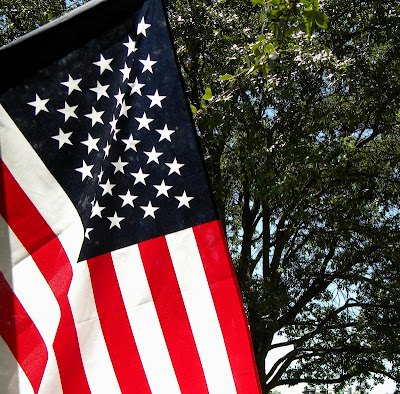 "The star is a symbol of the heavens and the divine goal to which man has aspired from time immemorial;
the stripe is symbolic of the rays of light emanating from the sun." 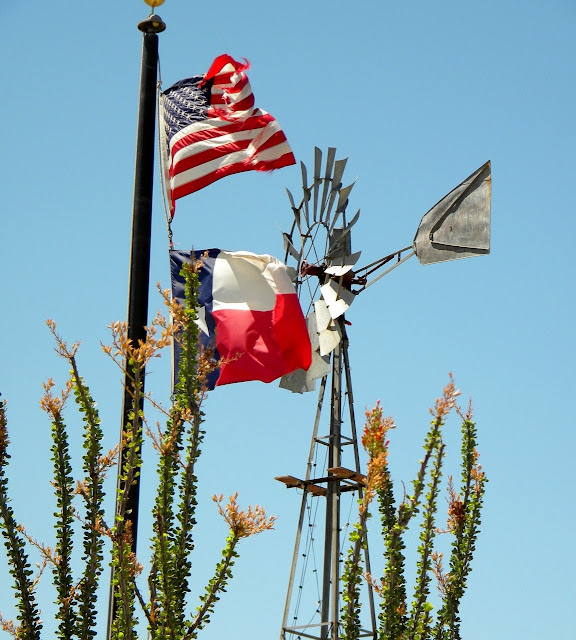 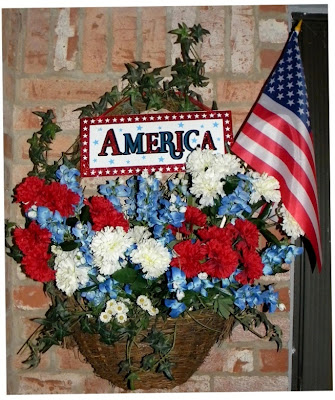 "You have to love a nation that celebrates its independence every July 4,
NOT with a parade of guns, tanks, and soldiers who file by the White House in a show of strength and muscle,
but with family picnics where kids throw Frisbees, the potato salad gets iffy, and the flies die from happiness.
You may think you have overeaten, but it is patriotism."
~Erma Bombeck~

My Patriotism will be showing way past The Fourth.
Try these UnBelieveable Sweet All-American Desserts.

Email ThisBlogThis!Share to TwitterShare to FacebookShare to Pinterest
Labels: Patriotic

Sue, stopping in to wish you a happy July. You know I love to see your red, white, and blue. All the best for a star studded 4th. ~ Sarah

Thanks for the info, love that! Great pics and I actually debated about trying to pull over on a VERY busy highway to get a pic of the biggest flag I've ever seen gently billowing in the hot air yesterday... Wish I could have:@)

Beautiful photos. I especially like the one of the American and Texan flags against the windmill.

Hello.
Just stopping by to say hi. Visiting from the Post A-Z Road Trip - I'm on a quest to visit all 1,718 people who took part in the A-Z Challenge!

Best wishes & thanks for sharing.

Thoughts Of Beauty In The Stilness Of Dawn...

Sue your red white and blues are beautiful! I love America, I just hate what all the politicians want it to stand for! Nothing with values like we were raised on! Makes me sad! God Bless America!